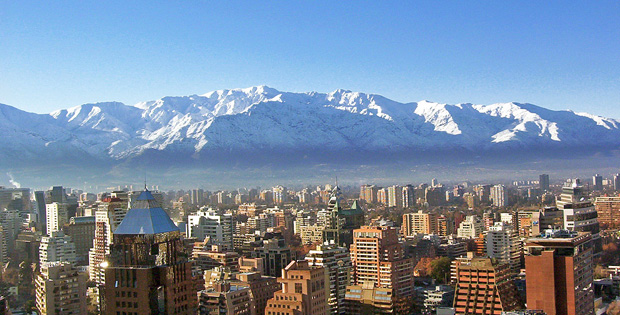 For those unfamiliar with the program, Start-up Chile is a program by the Chilean government designed to foster the growth of an entrepreneurial ecosystem in Chile. Acknowledging that they like an entrepreneurial culture, the Chilean government is inviting 300 companies per year to come and grow their companies in Chile.  To thank them the government picks up $40,000 in business expenses. So far, over 300 companies have passed through the program and another 700 will pass through before the program ends (or is renewed) in 2014.  If you’re interested in applying, please shoot me an email and I will send you some tips on getting in.

While I will share my thoughts on the experience of Start-up Chile in another blog post, I wanted to share some of the companies, which I think merit keeping an eye on that have passed through the program.

My favorite companies in Start-up Chile:

Chef Surfing facilitates getting chefs to cook for you. While this might seem like an odd idea in North America, in most part of South America having people into your home to cook for you is very common especially among the higher class. In fact, nearly every Chilean I spoke to has a nana who cooks and cleans for them. Despite it being common, people often struggle with finding nanas to cook for them - this is where Chef Surfing comes to the rescue.

Chef Surfing’s process works by first filling in an order on their beautifully designed site for the kind of service you’re looking for + then waiting a couple of days for bids to start rolling in. The Chefs see request and submit bids to fulfill your type of order.  When the bids come in, users are able to see all the dishes the chef has in their repertoire and see past reviews of the chef. When users select the one they want, they are able to schedule their first meeting with the chef, all via the site.

Chef Surfing is just picking up momentum now and has already over 1000 chefs on their site! If you’re in Santiago or Buenos Aires, I would recommend giving them a try! 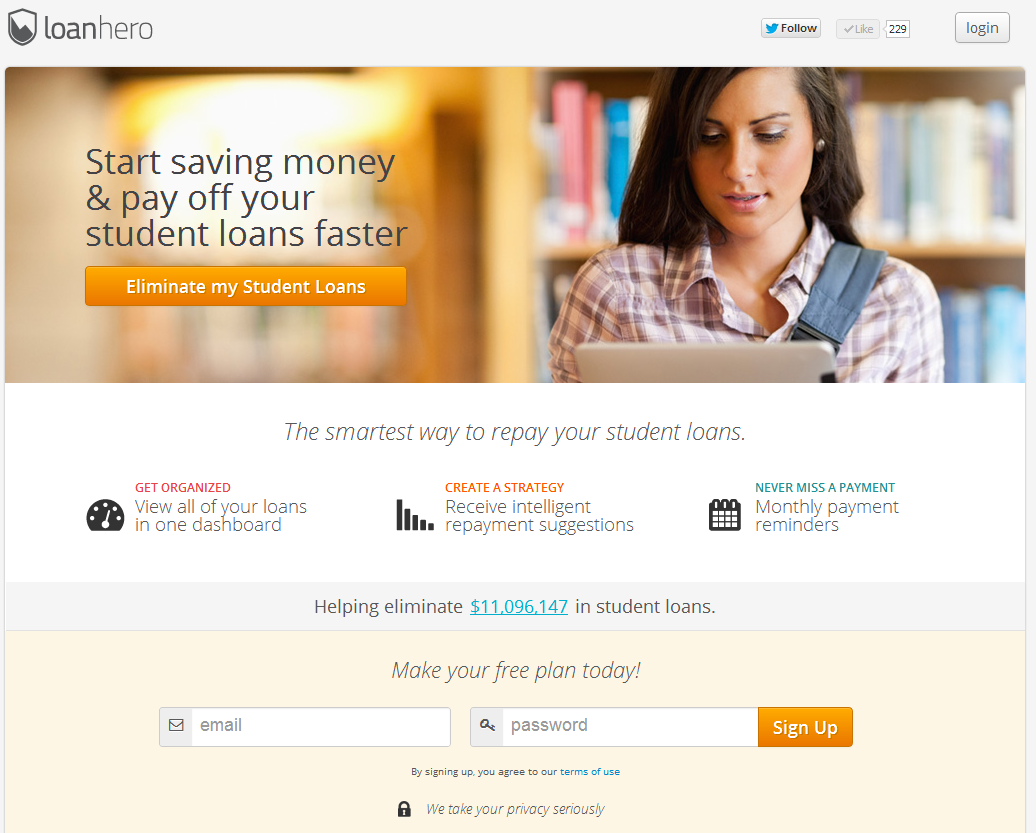 Did you know that there is over 1 trillion dollars in student** loans in the US alone? With rising tuition prices, this is a trend,** which is likely to continue.

Dubbed as the Mint for Student Loans, Student Loan Hero helps students and alumni to track their debts from multiple sources and provides suggestions for them on how to pay it off.

The team is made up of three rock star dev/developers who previously, were consulting on web development while they travelled around the world. They came upon the idea after one of the founders was personally struggling to keep track of all the loans that he had and was struggling in deciding on how to consolidate them properly to minimize the debt after leaving college.

The ZBoard is a weight-sensing electric skateboard. To ride, simply lean forward on the front footpad to accelerate and lean back on the rear footpad to brake. It’s much cooler and cheaper than a segway and it should have everyone turning their heads as you zoom by!

The founders walked into Start-up Chile having already raised over $275,000 in their Kickstarter campaign. To me, this seems like the future and Ben (one of the founders) plans to start shipping out the first boards any day now. 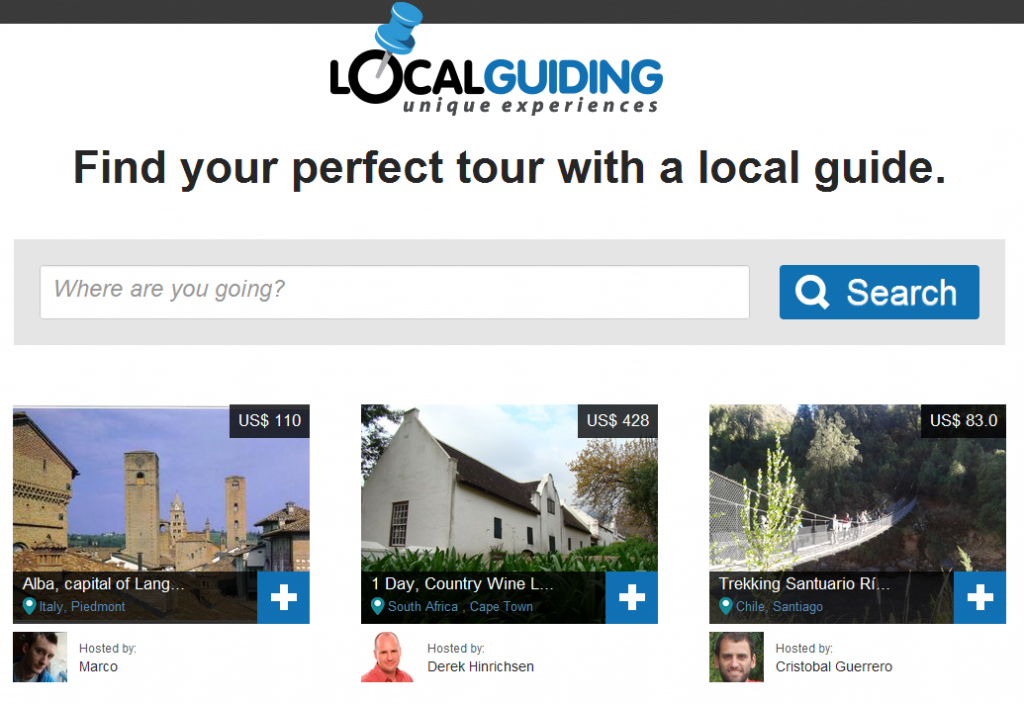 Local Guiding is AirBnB for local tour guides. In less Silicon Valley speak, Local Guiding is a directory of tours that you can do, complete with reviews provided by guides from all over the world. They have good traction and have tours available in many cities around the world. They recently overhauled their design and I think the new skin looks great! 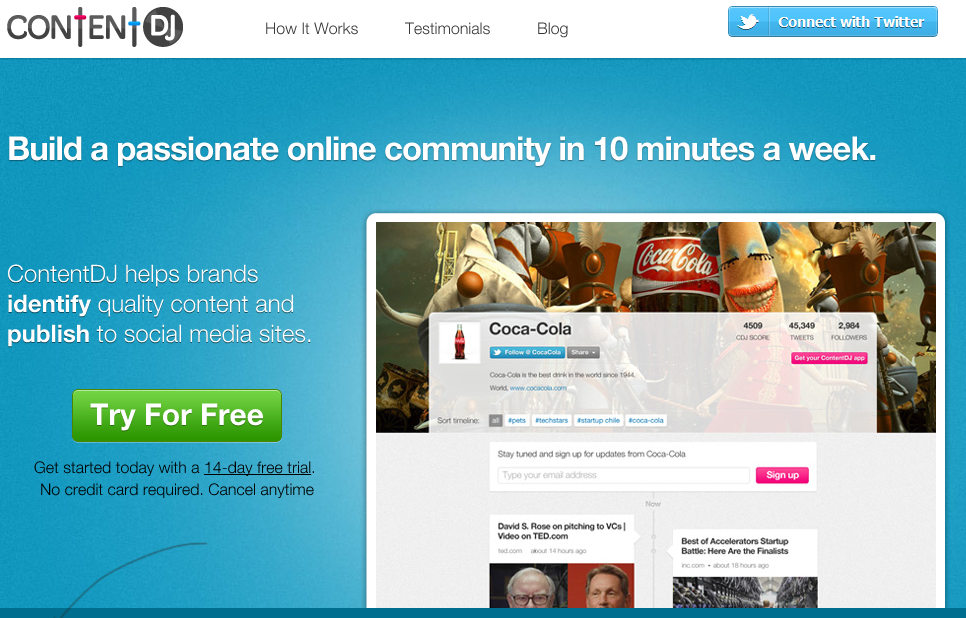 Founded by fellow Canadian Jerry Tian, Content DJ facilitates the process of finding and queueing content to share on social networks. The service works by displaying the items that have been most tweeted for your hashtag of interest, showing a preview of the articles + allowing users to input a comment about the article before scheduling it to be tweeted.

I’d suggest trying out the free 2-week trial. If you have any issues, I’d suggest sending them to Jerry - he’s been very responsive in responding to feedback and ensuring that the experience is very polished.

Billed as the easiest way to organize and run a scavenger hunt, Goose Chase is an iPhone application that leverages your mobile phone to provide all the clues and evidence of a successful hunt. Users can monitor how other teams are doing along the way and judge if other teams have already successfully completed all their exercises.

Their video describes it better than I can:

A team of fellow Canadians, fresh from school at Waterloo, worked very hard the whole time they were in the program and rarely left their house. They took South by Southwest by storm with a scavenger hunt for all the participants to launch their app.

Would it be wrong not to mention my own startup in the list? Art Sumo makes it possible to purchase affordable artwork in North America. To make it affordable, we hunt for amazing, undiscovered artists in the developing world and make their artwork available for sale in North America. We have been around since last year and have already featured artists from Haiti, Ecuador, Brazil, Russia, Mexico, Ghana, Vietnam, Philippines, and Colombia.

Our members stay subscribed to our email list to get exposure to art from far away places and to get access to amazing deals on original art.  Emails of new art available for purchase arrive in your inbox each week.  There are a limited number of paintings available and there is one and only one copy of each original work so the first to act is the one who gets the piece.

I grew up playing soccer and can relate to the desire to have an impromptu soccer game in the neighborhood. But how do you organize it? How do you find 21 other players to play with you? Once you arrange a game, how can you make sure that you have the right balance of positions? Also now that you have the right balance, on what field will you play? Jogabo facilitates all of this by giving each user a profile and allowing them to organize real life games on the site. They have an active following and have a fan base around the world from Chile to the Ukraine!

Their video describes this better than I can:

Their team was always on the ball (pardon the pun) and seemed to have a knack for attracting interns, that’s according to Jeremy (one of the founders). He also told me told me that they usually met them playing pickup Jogabo games in Santiago!

Taxis, in most part of South America, especially Chile, are very inexpensive and it very rarely makes sense to drive after drinking. I really miss getting into a cab from wherever I was in Santiago to just take me home for less than $10. Despite it being so cheap, most people from the upper class prefer to drive as they fear they might be robbed or have something worse happen.

To combat sketchy taxis, Safer Taxi allows users to look at reviews of a cabbie before he arrives and review them afterwards. At some point down the line they will also allow you to see the taxis that are around you in real time and pay them all via your mobile phone after a successful trip. They also plan to provide free wifi to passengers within their partner taxis!

I’m rooting for them to gain traction to make it safer to ride in a taxi in South America.

While I said that you need to be launched to be included in the list, I’m making one exception.

Founded by a team of Latinos with deep connections to South America, Regalii facilitates the sending of money overseas through your mobile phone. Rather than directly sending money to family members, Ragalii allows users to purchase gift cards for friends and families, which can be picked up and redeemed at grocery stores throughout South America. In doing so, the grocery store gains customers in the door and the user in the US is provided with a seemless experience, free of cost. Sending money in this way also allows Regalii to get around strict money laundering laws, which restrict the ways on how you can send money internationally.

The founders Juan and Edrizio have won in several business plan competitions, including Ecoing Green, with the idea and rumor is they are raising a seed round of funding to bring the idea to light.