Be Generous - It is Just Good Business

Rand Fishkin’s closing presentation at Mozcon left me thinking. In it Rand gave a scathing review of current internet marketing practices and gave a strong call to action that if you really want people to talk about your stuff, you need to be Transparent, Authentic, Generous, Fun, Empathetic and Exceptional.

While each one of these principles are super interesting, it’s the principle of Generosity that has stuck with me the most. I’m realizing that all the companies that I admire for their marketing, have a strong component of generosity.

Below are the ones which I think stand out, and why I think generosity makes good business sense.

Dropbox, from the time they launched, gave everyone a free 2GB of storage space. While this may seem like nothing right now, when they launched in 2008 it was quite the hoopla. Not only did they give you 2GB but every time you helped them by telling others about dropbox, they helped you by giving you another 250MB of storage space. This created viral growth and allowed Dropbox to get in foot in the door to potential customers for their paid SKU.

They currently make more than 240 million annually only 5 years since launching. In a world where hip pop is dominated by rappers talking about their ho’s in different area code.. Macklemore has been rapping about social issues and standing out from the pack.  In the process he has created anthems for under-represented communities including thirft shop shoppers and gay marriage supporters.

Further, Macklemore takes every opportunity possible to mention Seattle as an awesome place to be - including using Seattle as the backdrop of every video, mentioning Seattle in many songs and praising the city in interviews. Naturally, every Seattle-ite pays Macklemore the same respect and Tweets/Shares and shouts out Macklemore whenever possible.

On his home turf of Seattle, all of their concerts sold out within 15 minutes.

How do you get girls to spend $100 on yoga pants? By making a damn good set of yoga pants, riding the yoga wave and through smart marketing.  Lululemon provides no sales but has managed to create a raving fan base.

The get the word out about their great product, lulu gives a 15% discount to any fitness instructor, causing the majority of yoga instructors to always be decked out in lululemon. This naturally shows their students what they should wear if they too would like to become an expert.

Lulu also puts on free fitness themed events like scavenger hunts and yoga in the park.  They also provide free yoga classes in their stores throughout the country. This has helped the company to become associated with everything yoga represents including fitness, health and good looks.

I currently think of them as one of the most exciting companies which has come out of Canada.

Who could forget the creators of TAGFEE?!

Moz maintains generosity as one of their tenants. They demonstrate it in numerous ways including: providing free lessons on SEO, free webinars, free recordings of some conference sessions, free video tutorials and free guides to SEO best practices.  They also regularly recommend competitor products and let users use their product for free for a limited time.

All these practices pay dividends in various ways including making thought leaders in internet marketing. They also allow Moz to get a foot in the door to people who are interested in SEO and Internet marketing. Once the user gets serious enough about SEO, it will seem natural to use Moz’s tools.

Moz was also nice enough to give away a Roger figurine, the Moz mascot, to every Mozcon attendee.  Since everyone loves the company so much, it has led all the participants to take him home + snap photos of Roger in different settings and share out the photos via social media, causing the buzz from the conference to last much longer than it would have otherwise.

A site showing Roger all over the world has even popped up. These are a few of my favorites: 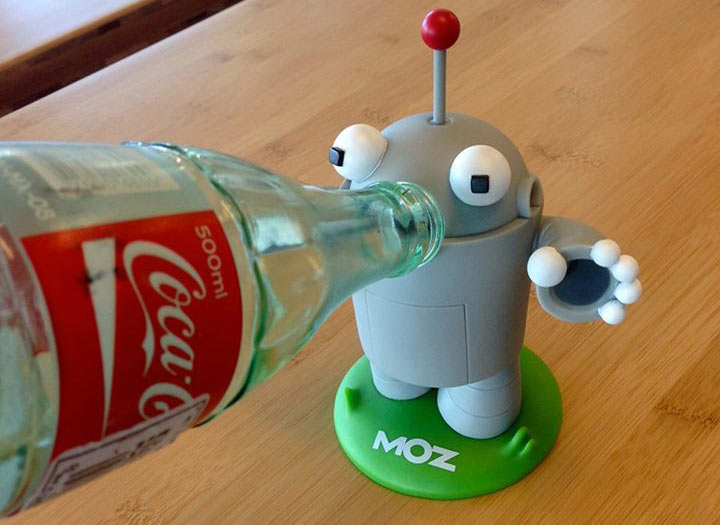 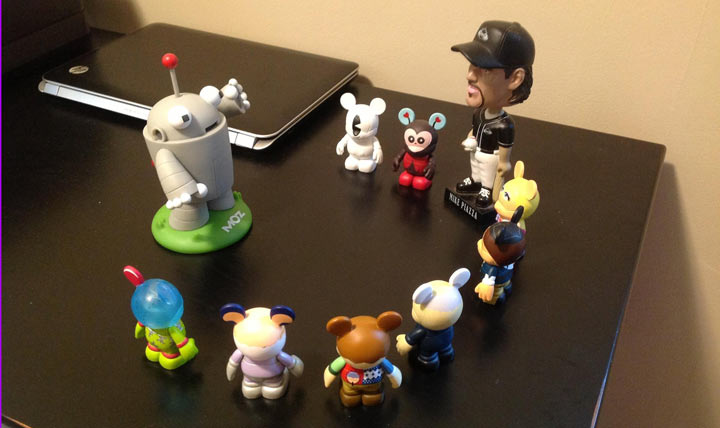 Why Does This Work?

When somebody pays me a compliment, it feels natural to pay them a compliment right back.  When somebody smiles at me, naturally I smile at them as well. If somebody gives me a gift for a birthday, normally they they receive one as well when their birthday rolls around. Reciprocity just seems to be human nature.

When a business provides us something for free, I think it naturally leaves the customer searching to reciprocate in some manner.  It then feels natural to tweet out the brand, recommend them to a friend or start using the product when you’re ready.

I’m going to try to think of ways to be generous in all my marketing efforts going forward. Not only does it feel good, it’s good for business!