It Pays To Live In a Startup Hub

I’ve had an interesting two years bouncing around the world while building Art Sumo. While I initially left Microsoft with a plan to build a company where the cost of living was lower, I’ve decided that it is worth the higher cost of living to live in a startup hub. Below, I will share with you my story and lead you through my reasons of why I have changed my thinking.

Prior to moving to Seattle, I had lived in Montreal, where it is actually hard to walk down the street without bumping into something fun to do. It was no surprise that once I had the golden handcuffs removed, I set out to hop around the world finding fun spots to live, far away from Seattle - which is hardly known for its nightlife (no offense west coast lovers!). while building a company,

So - for the past two years I have lived, for at least 2 months at a time, in places which could be considered anything but startup hubs. They are all places where the quality of life is really good and the startup community is next to non-existent. Specifically the journey has been from Seattle -> Istanbul, Turkey -> Granada, Spain -> Montreal, Canada -> Anloga, Ghana -> Berlin, Germany -> Seattle, Wa -> Santiago, Chile -> Seattle. I’ll mention a few highlights below. 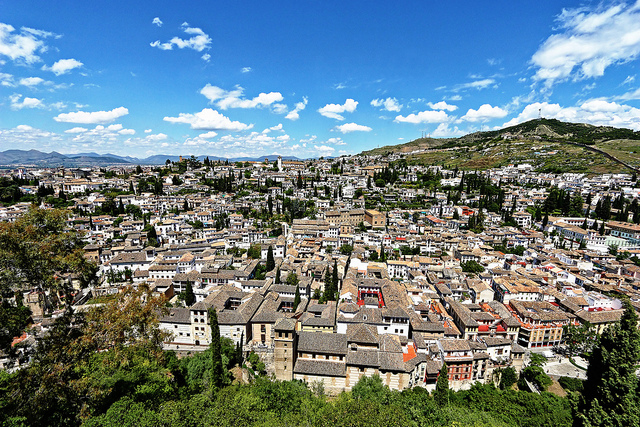 My girlfriend, Lindsey, and I spent 2 months living in Granada, Spain.

A few friends had told me that Granada was one of the cheapest places to live in Spain. They sure were right that the cost of living in Granada is very low, so low that you can have a meal for 2 euros! A fully furnished 2 bedroom apartment, in the center of Granda cost 500 euros a month. Tim Ferris is right: you can live in some of the coolest places in the world for very cheap. In addition, everyone we met was extremely nice and very interested in us. In fact, Lindsey and I probably made more friends in a single week in Granada than in an entire year in Seattle.

That said, after a couple of weeks, I started to understand why the cost of living is so low - almost no one works in Granada. The unemployment rate in Spain for those under 25 is currently at 50%. Therefore, you can find students or elderly people in Granada, but next to no working professionals. Unemployment is so common that many people ask if you work rather than what you do. Since most are unemployed, our new friends had plenty of time to hang out, go to the beach, go dancing and introduce us to all the best tapas places in town.

We, however, found it very challenging to relate to almost anyone on a professional level. While we were able to find great internet connections in Granada, it didn’t seem to me that internet thinking had crept into the public psyche in Spain. Whenever I explained to people that I had an internet business, they were very surprised to learn that you could make a living online. While I encouraged those with degrees in Computer Science to apply their skills via freelancing and building websites, they preferred to study for a year to take a test which would give them the opportunity of having the government pay for them to teach computer science to others.

While we had a great time, professionally we advanced very little by being in Granada. 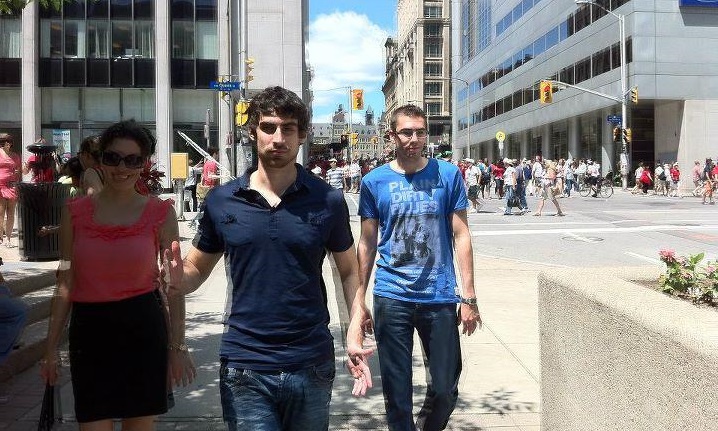 I spent 3 months living in Montreal next, trying to take Art Sumo to the next level. I always had fond memories of Montreal from college and had been going back every summer. It’s hard not to enjoy life in Montreal in the summer. Festivals abound and just by walking up the street, I found myself always running into things to do.

I became pretty immersed in the small startup scene that exists in Montreal. This included attending the Startup festival, hanging out at Notman house, and hitting up the startup events in town. I learned that there are crazy government incentives for running a small business in Canada. In fact, almost every entrepreneur I spoke with mentioned that in some way, shape or form, they had received some government assistance for running their companies. While this sounds like a good thing, it actually allows Canadian startups to be less ambitious, since to make the same amount of money as their American counterparts, they need to earn less.

There certainly are the beginnings of a startup ecosystem in Montreal, complete with incubators, conferences, government support, and a small venture capital community. I was pretty impressed with it and blogged about the perks of bootstrapping in Montreal. I may still come back some day, because I do love the city.

After 3 months in Montreal, I jumped on a plane to Ghana, which is located in Western Africa. My girlfriend, Lindsey, had been leading a micro-finance team handing out loans in rural Africa and it seemed like a good opportunity to interact with artists, hang out with her, and see Africa for the first time. I had the hope that I’d be able to iterate on the site from a 3G internet connection.

While Ghana proved to be a fantastic place to get art and meet artists, I quickly learned that it was not the right place to be running an internet company. While many say that Ghana is one of the most developed countries in Africa, I began to appreciate the niceties that we take for granted in the first world that enable business people to be productive. In Africa, such niceties as electricity or a stable internet connection were not things I was able to rely on. The power would go out for days at a time and the internet would routinely go out without much explanation.

Ghana was amazing for other reasons, including the opportunity to meet artists and hear their stories as it is overflowing with artistic talent.  It was however pretty hard to do anything online let alone grow an internet business.

In Ghana I received notice that I was accepted in Startup Chile. The offer of Startup Chile was pretty compelling: 40K worth of business expenses to live in Chile among hundreds of other international entrepreneurs. It was too compelling to turn down, so I packed up my bags and arrived in Chile in the middle of January.

I found Santiago to be pretty awesome but still probably not the best place to be running an internet company. Start-up Chile was a great experience. Being in SUP provided a community of entrepreneurs, a co-working space, a network, and a friend pool from day one. However, it did lack a few key elements that the Start-up Chile program itself is trying to solve by paying entrepreneurs to relocate to Chile. These include: 1 - an actual tech sector with big companies and numerous programmers and, 2 - a community of mentors that can help you get to the next level.

In Chile, I also began to realize that it feels a little odd living in a place building a product to be used in another location. I found that meeting with customers, advisors, investors or colleagues to be so much harder when they occur over Skype and that people just did not feel the same desire to help me out when I wasn’t physically near them. The start-up community in Startup Chile filled some gaps, but I struggled finding mentors within the internet professional community who could help me learn in all the subjects which I wanted to master. I started to understand why the government feels the need to pay entrepreneurs to come to Chile since there really is a cost for not being somewhere where internet entrepreneurship is cool, practiced and established.

Therefore, after a year and a half of moving around the world, I am very happy to be back in Seattle and I plan to stay put for the next year or two. While Seattle is not Sillicon Valley, it contains all the elements of a vibrant start-up ecosystem.

After living in many locations where I have felt like an extreme outlier, I’ve realized that you are doing yourself a disservice by living in a location where you are not surrounded by like minded peers. Without peers, who can will you learn from? Who will question your current strategy? Who will push you to the next level? Jim Rohn says that we are the average of the five people you hang out with the most. If you live in a place with a great startup ecosystem, odds are that those five people will be pretty accomplished. This will naturally teach you new things and cause you to up your game.

Do you agree that it makes sense to live in a Startup Hub?  Please share your thoughts in the comments.

ps. This blog post started as a comment on Joel Gascoigne’s blog.  He’s a great read, check him out!